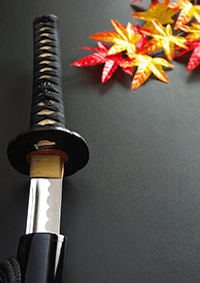 My father was killed.

That was when I was ten years old. My father was working as the attendant of the young lord. For my father, he was a zealous person who took his job seriously. Even on days off, as long as he had free time, he would turn up at the castle and if something happened to the young lord, there were also times he did not return home.

I thought that my father was definitely selected for the important role of being the young lord’s attendant because he was such an earnest person with many merits.

However, even if he assumed such an important role, no matter how busy he was, my father did not do anything like neglecting our family matters.

Whenever my mother who had a frail body became ill, my father would stay by her side all the time to nurse her after work. He doted on me who was his only daughter, always played with me as my playmate and did things like taking a stroll together at various places.

“No matter what it is, put yourself in the shoes of others. What is it that people do that makes you happy and what is it that you are subjected to that makes you miserable. The things that make you happy someone does it to you, please do it to others as well. Conversely, something when done to you that makes you miserable, you must never ever do it to others. What should you do to make the other party pleased. If you live while bearing that in mind, everything will surely go well.” That was my father’s pet saying.

Very earnest, gentle and sometimes strict. I loved my father who placed the family above anything else.

My father did not come back home today.

Despite that, I was thinking that he probably could not return due to the young lord as always.

The next day, when my mother and I were having our lunch while waiting for my father’s return, two men came to visit. When one man asked the other man something, the man who was asked said, “There is no doubt about it.” The man introduced himself as a retainer in the castle my father worked for and said, “Come to the castle immediately right now.” “Why is that?” My other asked the man.

Thereupon, the many quietly informed us.

“Your husband plotted treason against the young lord. As part of the procedures, he has been sentenced to the guillotine today. It’s the last farewell.”


ーThat’s a lie! Something like my father rebelling against the young lord. We headed to the castle while still being unable to believe. We arrived at the castle with the man leading the way and were led to a hall.

Right there, along the wall, warriors were lined up in a row and in the middle was my father who had been restrained. Once recognized that we had come, his face was distorted into a painful expression.

I tried run over to my father, but I was stopped by the warrior at the side of the entrance who shouted “Don’t come near!”

“Something like intending to rebel…I…,” in regards to the reply my father squeezed out, the warrior who had hair streaked with grey raised his voice in anger, “Still dare to speak!”

“I’ve been saying so many times! I did not have a single thought of something like rebelling!”

“Numerous letters which hint at treason have been discovered! It is plain that you attempted to rebel!!”

“There is some mistake!”

The warrior who had hair streaked with grey struck the floor with a “bang”.

“Silence. The lord is making his appearance!!”

When the lord revealed his figure quietly from the chief seat, everyone including my parents simultaneously lowered their heads.

I imitated that and also lowered my head.

“You may lift your faces”

Everyone simultaneously raised their faces with his few words.

The lord was someone with masculine features of around 30 years of age.

The lord pointed at my father with his folding fan.

Hearing my father being denounced as a rebel even in front of the lord, my chest tighten.

“I also saw the letters which are the evidence.”

When the lord took out the letters, he faced the direction of my father.

“The memory of writing such things, I don’t…….”

“Be silent. It is obvious from reading this letter that you intended to rebel against my son. No matter what excuses you come up with, it is futile. The preparations have been arranged, go with them.”

In accordance to the lord who said that, the warriors inserted themselves at both sides of my father so that he could not escape and said “Walk”, about to bring my father to somewhere.

We were instructed to follow behind and we followed behind as told. And then, where we finally reached was the outside. The space enclosed with curtains had warriors lined up in a row like previously. And in the middle there was a hole with the earth dug out.

My mother shivered upon seeing that.

I also was not a child who did not understand anything from looking at this situation.

I grasped and squeezed my mother’s hand.

Brought along by the warriors, my father walked until the location with the hole.

“I decided to not carry out the sentence in front of the public. Although he had plotted treason, he has educated my son up till now. I think this is the last mercy”

That’s right. My father swore loyalty to the young lord and have protected him with his life on the line up till now.

Despite that, why was he branded with the suspicion of committing treason?

Why, does everyone think that he plotted treason?

My father had been doting on the young lord as his own child.

However intelligent the young lord was, however worthy the lord was.

My father often spoke of that to me.

Something like that kind of father plotting treason against the young lord.

Even though, compared to anyone else, it’s hardly possible that my father would do that kind of thing.

But, at this time, I did not even have the courage or energy to object.

I wonder if that time had I refuted something, would something have changed?

When my father was made to sit in front of the hold, he hung his head as if he had given up on everything.

“Do you have any last words for your family?”

When my father was asked that and quickly looked in our direction, he opened his mouth quietly.

“I did not do anything like plotting treason. At least for the both of you, please believe me”

At this moment, I was convinced that my father had really not done anything like plotting treason. He was surely framed by someone. Despite that, he was restrained under a false charge and was going to be killed without even room for defense.

I clenched my fists in anger and hatred, looked straight at my father and nodded. My mother was also firmly nodding. My father who saw that smiled as if he was glad.

“Is that alone enough?”

“ーThere’s only one more. This is my request towards the lord.”

“My wife and child have absolutely nothing to do with the matter this time. Hence, please do not pass them any punishment.”

That was, my father’s last wish. I involuntarily cried at that.

“I understand. I won’t give them any punishment. Rest assured.”

“Thank you. I no longer have any regrets.”

My father’s head was held out to above the hole. The knife that had been cleansed by water glistened.

The last of my father’s face which remained in my with me was his last smiling visage just before he was beheaded.

2 thoughts on “At the End of the Wish Chapter 1”

Tags for Recommendations and Reviews

Searching for a Novel?

I do not own any of the stories. All works are simply amateur translations of mine and do not reflect the author’s style. If there is a need, please contact me and I will remove the content.